A Look at Bed Bug Look-Alikes

The IPM Institute of North America has a review of five commonly encountered pests, including bat bugs (pictured), that can be misidentified as bed bugs.

The IPM Institute of North America has a review of five commonly encountered pests, including bat bugs (pictured), that can be misidentified as bed bugs.

1. Spider Beetle. Spider beetles are the shape and size of fleas, oval and dark brown. They may appear bloated and reddish brown, as if they had just fed on human blood. Au contraire! Spider beetles typically feed on goods found in household pantries during the night or in dark locations, and are not blood suckers.

2. Cockroach Nymphs. Cockroach nymphs hide in cracks and crevices preferring to stay close to food, warmth and moisture. They are most active at night. They appear white immediately after hatching or molting, and quickly turn a reddish brown, much like a bed bug. However the cockroach nymph is more like the shape of a cylinder, whereas a bed bug is shorter and oval, or apple-seed shaped. Exposure to cockroaches can lead to asthma and trigger asthma attacks, good reasons for using IPM to prevent problems with these pests, and to act effectively if they appear.

3. Booklice. Booklice are commonly mistaken for bed bug nymphs. They are smaller in size, ranging from translucent white, to gray or brown in color. They can often be found under wallpaper and along the sides of windows and window sills. Their primary food source is fungi, pollen, mold and fragments of dead insects.

4. Carpet Beetles. Although carpet beetles are small, round and brown they have distinct wings. Their larvae look like furry caterpillars. Carpet beetles do not bite, but allergic people can experience welts if exposed to their tiny hairs. Carpet beetles can damage fabric, furniture, carpeting and clothing that contain natural animal fibers.

5. Bat Bugs. Bat bugs are very similar in appearance to bed bugs and are best identified by an expert entomologist with a microscope. The primary difference is the longer length of fringe hairs located just below their head. Also, as their name suggests, they feed on the blood of bats, commonly found in attics. If bats are eliminated and bat bugs left behind, feeding on humans and pets can occur. 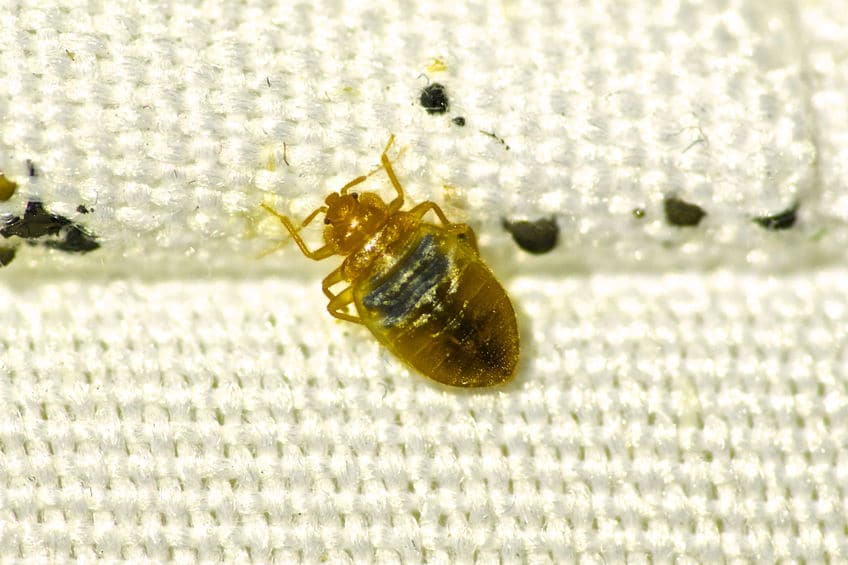 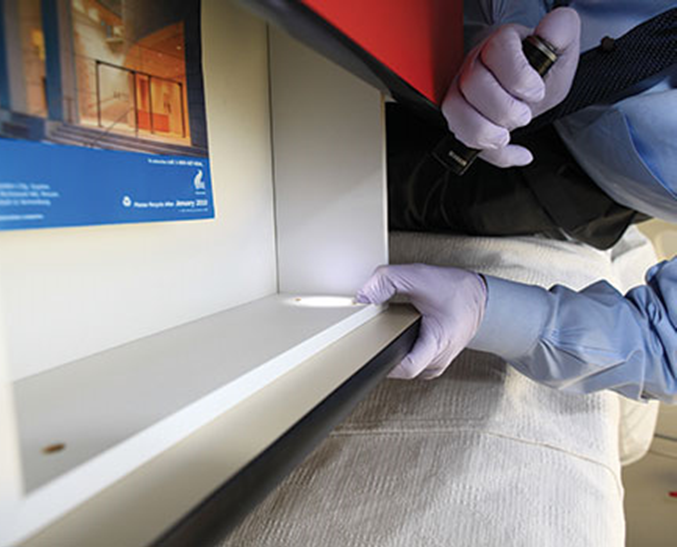